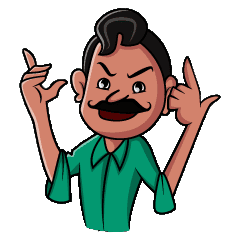 Cassan Said Amer tells a story about a lecturer who began a seminar holding up a one dollar bill, and asking:

Who wants this dollar bill?

Several hands went up, but the lecturer said: before handing it over, there’s something I must do.

He furiously crushed it, and asked again: who still wants this bill?

The hands continued raised and what if I do this?

He threw it against the wall, letting it fall to the floor, kicked it, stamped in it and again held up the bill – all dirty and crumpled.

He repeated the question, and the hands continued to be held high.

You mustn’t ever forget this scene – said the lecturer no matter what I do with this money, it’ll still be a one dollar bill.

“Many times in our lives, we are crushed, stamped on, kicked, maltreated, offended; however, in spite of this, we are still worth the same.”