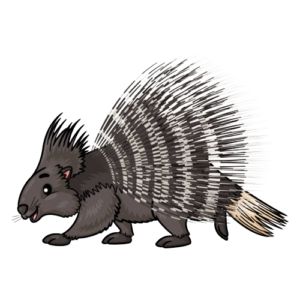 During the Ice Age many animals died because of the cold.

Seeing this situation, the porcupines decided to group together, so they wrapped up well and protected one another.

But they hurt one another with their thorns, and so then they decided to stay apart from one another.

They started to freeze to death again.

So they had to make a choice: either they vanished from the face of the earth or they accepted their neighbor’s thorns.

They wisely decided to stay together again.

They learned to live with the small wounds that a very close relationship could cause, because the most important thing was the warmth given by the other and in the end they survived.