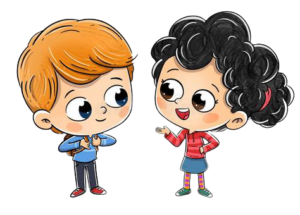 A 6 year-old boy was in the market with his 4 year-old sister suddenly the boy found that his sister was lagging behind.

He stopped and looked back his sister was standing in front of a toy shop and was watching something with great interest.

The boy went back to her and asked, “Do you want something?”

The sister pointed at the doll.

The boy held her hand and like a responsible elder brother, gave that doll to her.

The sister was very very happy…

The shopkeeper was watching everything and getting amused to see the matured behavior of the boy now the boy came to the counter and asked the shopkeeper, “What is the cost of this doll, Sir?!”

The shopkeeper was a cool man and had experienced the odds of life so he asked the boy with a lot of love & affection, “Well, What can you pay?”

The boy took out all the shells that he had collected from sea shore, from his pocket and gave them to the shopkeeper.

The shopkeeper took the shells and started counting as if he were counting the currency.

Then he looked at the boy.

The boy asked him worriedly, “Is it less?”

The shopkeeper said, “No, No… These are more than the cost so I will return the remaining.”

Saying so, he kept only 4 shells with him and returned the remaining.

The boy, very happily kept those shells back in his pocket and went away with his sister.

A servant in that shop got very surprised watching all these.

The shopkeeper said with a smile, “Well, for us these are mere shells but for that boy, these shells are very precious.”

And at this age he does not understand what money is, but when he will grow up, he definitely will.

And when he would remember that he purchased a doll with the Shells instead of Money, he will remember me and think that world is full of Good people.

It will help him develop a positive attitude and he too in turn will feel motivated to be Good.

Whatever emotion you infuse into the world, it will further spread.

If you do good, goodness will spread.

If you do bad, negativity will spread.

Realize you are a very powerful source of energy your good or bad will come back to you magnified.