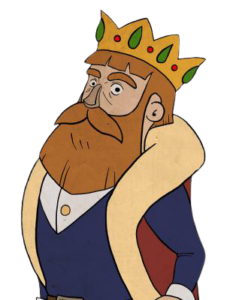 A certain king of Spain who was very proud of his ancestors was known for his cruelty toward those who were weaker than him.

Once he was travelling with his retinue over a field in Aragon where years ago he had lost his father in a battle,

when he came upon a holy man rummaging through an enormous pile of bones.

“What are you up to there?” asked the king.

“All honor to Your Majesty!” said the holy man.

“When I heard that the king of Spain was coming here, I decided to gather the bones of your deceased father and deliver them to you but no matter how hard I look, I cannot find them, they are just the same as the bones of peasants, the poor, beggars and slaves.”

The teacher begins her lesson

Santa was traveling in a train