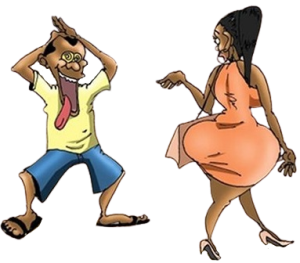 A man and a woman were dating.

She being of a religious nature had held back the worldly pleasure that he wanted from her so bad.

In fact, he had never even seen her undressed.

One day, as they drove down the freeway, she remarked about his slow driving habits.

“I can’t stand it anymore,” she told him.

“Let’s play a game. For every 5 miles per hour over the speed limit you drive, I’ll remove one piece of clothing.

He enthusiastically agreed and sped up the car.

He reached the 55 MPH mark, so she took off her T-shirt.

Now seeing her undressed for the first time and travelling faster than he ever had before, he became very excited and lost control of the car.

He veered off the road, went over an embankment and hit a tree.

His girlfriend was not hurt but he was trapped.

She tried to pull him free but alas he was stuck.

“I don’t have anything to cover myself with!” she replied.

The man felt around, but could only reach one of his shoes.

“You’ll have to put this between your legs to cover it up,” he told her.

So she did as he said and went up to the road for help.

Along came a truck driver.

Seeing a undressed, crying woman along the road, he pulled over to hear her story.

The truck driver looking down at the shoe between her legs replies, “Ma’am, if he’s in that far, I’m afraid he’s a goner!”

There is a very special mirror