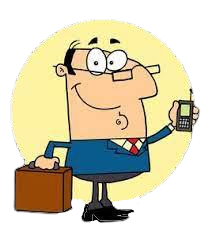 A very wealthy lawyer in a small town is notorious for never giving money to any charity.

The local animal shelter knows he has a dog and they think that this could be their way into his wallet.

They go to his door and he answers, “What do you want?”

One of the ladies replies, “Hello Mr Smith. We know you are very wealthy and we know you also never give to charity. Wouldn’t you enjoy giving back to an organization that helps dogs much like your own?”

The lawyer looks her dead in the eye and replies, “Do you also know that both of my parents are suffering life-threatening illnesses and have medical bills several times their own income?”

The lady, taken back, replies, “Well no I thought.”

He interrupts her, “Did you also know my sister’s husband left her and their two kids without a penny?”

“And my brother lost his legs in the war,” The lawyer continues.

At this point the people from the shelter are dumbstruck and aren’t saying a word.

Then he finishes, “If they don’t get a cent, do you expect to?”

A older gentleman was on operating table