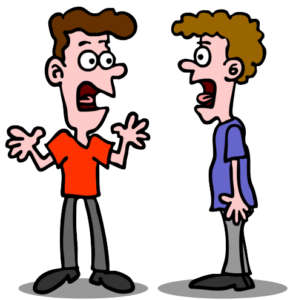 Two bachelors are talking and their conversation drifts from politics to cooking.

“I got a cookbook last Christmas,” says the first, “but I was never able to do anything with it.”

“Too much fancy cooking in it, eh?” asks the second.

Every one of the recipes began the same way, ‘Take a clean dish and …”

A farmer was in the pub bragging about his pig.

“That animal saved my life twice,” he said

Another time my house caught on fire and he ran in and saved me, the wife and kids.”

The farmer passes around a picture of the miraculous animal

One of the guys notices the pig is missing a leg.

“Which accident did the pig lose its leg in?” he asks.

An animal like that you don’t eat all at once!”

A nine-year-old kid sitting at desk

A group of frogs were traveling