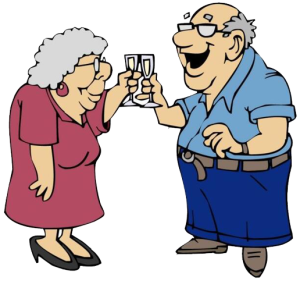 A queer couple had been partnered for 25 years and was celebrating the 60th birthday of one of them.

During the party, a fairy appeared and said that because they had been such a loving couple all those years, she would give them one wish each.

The one who was giving the party said, “We`be blown all our money on parties and fine dining and decorating this house, I`be never gotten to see the world. I wish we could travel all over the world.”

The fairy waved her wand and POOF! He had the tickets in His hand.

Next, it was the birthday boy`s turn.

He paused for a moment, and then with a sly grin said, “Well, I`d like a boyfriend 30 years younger than me.”

The fairy waved her wand and POOF! He was 90.

A Russian couple are walking