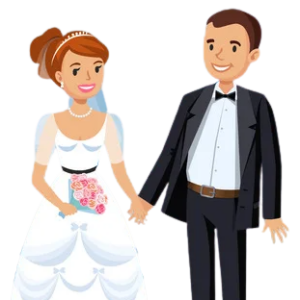 A young man and woman got married.

At the time of their marriage, the husband noticed his wife carried a decently sized metal box and shoved it up at the top of their closet.

Curious as he was, the wife told him to never to look in it no matter what the circumstances.

Over the years, he saw that metal box in the closet, but never peered into it for the sake of his wife.

One day, though, the wife had a stroke and was rushed to the hospital.

As the husband sat grieving at home, he thought of the box, snatched it up, and sped to the hospital where his wife remained with her death coming soon.

The husband bolted to her hospital room and pleaded and begged her to allow him to open the box by her side.

“Well” she said, “I suppose now would be the right time.”

The husband unlatched the hook and peered inside.

On one side sat two crocheted dolls, and on the other, to his surprise, sat one million dollars!

“Honey, before we got married, my mother gave me this box and told me that whenever I got mad at you, I should go to the bedroom and crotchet a doll,” said the wife.

The husband was thrilled and thankful.

He absolutely couldn’t believe his wife had only been mad at him two times!

“That is amazing!” said the husband to his wife.

“Honey, I’m grateful beyond belief you’ve only been mad at me twice, but how on this earth did you manage to get one million dollars?”

“Oh, honey” said the wife, “That’s the money I got from selling the dolls.”

A couple is on their honeymoon

A woman was nagging her husband