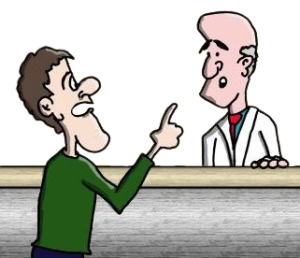 One day, a man walks into a Chemist to buy some protection.

He has difficulty communicating with pharmacist, and cannot see protection on the shelf.

Frustrated, the man finally unzips his pants, places his willy on the counter, and puts down a five-pound note next to it.

The pharmacist unzips his pants, does the same as the man, and then picks up both notes and stuffs them in his pocket.

Exasperated, the man begins to curse the pharmacist wildly in sign language.

“Look,” the pharmacist says, “if you can’t afford to lose, you shouldn’t make a bet.”

Two little squirrels were walking along

Two men were working at the sawmill