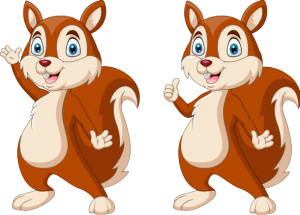 Two little squirrels were walking along in the forest.

The second squirrel jumped on it and said, “It’s my nut!”

The first squirrel said, “That’s not fair! I saw it first!”

“Well, you may have seen it, but I have it,” argued the second.

At that point, a lawyer squirrel came up and said, “You shouldn’t quarrel. Let me resolve this dispute.”

The two squirrels nodded, and the lawyer squirrel said, “Now, give me the nut.”

He broke the nut in half, and handed half of the shell to each squirrel, saying, “See? It was foolish of you to fight. Now the dispute is resolved.”

Then he reached over and said, “And for my fee, I’ll take the meat.”

A man walks into a Chemist