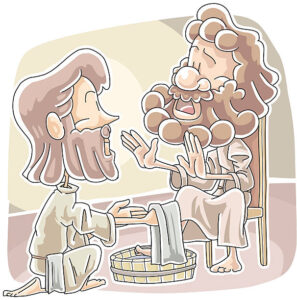 “How can I know the best way to act in life?” the disciple asked the master.

The master asked him to build a table.

The disciple drove in the nails with three precise blows.

One nail, however, struck a hard spot and the disciple needed to deliver one more blow – which drove in the nail too deep all the way into the wood.

“Your hand was used to three blows of the hammer,” said the master.

“You had so much trust in what you did that you lost your attention and skill.”

“When action becomes a mere habit it loses its meaning and may end up causing harm, so never let routine be in command of your movements.”

After a long sermon

A young man walks into a supermarket